Dogs are HILARIOUS!  Unless they are channeling Cujo and trying to eat your face off.

Well duh Theresa! That is part of the reason people love dogs.  Yeah well I did not know this until Marc and I got together.

I hated dogs, ok not really the dog but the idea of dogs.  They bark, lick, jump, and NEED you. UGH!! No thanks! I didn't want or need the constant "mom" "mom" "mom" of a dog because unlike children dogs do not grow up and move out. Nope you are stuck with the perpetual toddler for the rest of their lives.

Enter Avery.  Dylan WANTED a dog so bad and Marc liked dogs so it wasn't that big of a deal. Avery took a few days to get her name because we just could NOT think of anything, plus she was a puppy that hadn't shown her personality yet.  Well her full name is Darth Avery Tan Lord of the Sith Empire (the boys are big Star Wars fans, I love Darth).  She has proven many times over that we named her correctly! Wow! Can we say ubber bitch :-)  She is funny! Her attitude and personality won us over and we just love her snarkyness!

Well poor little Avery puppy was lonely, playing in the big back yard all by herself so Marc said she needed a friend. He saw Truman on the news, Helping Hands features pets, and fell in love. He said "I want that dog".
I was not impressed. It's a dog, so what... Truman (the name helping hands gave him) cracks me up on a daily basis. He drove me out of my freaking mind when we lived in town though. He is so neurotic and had TONS of energy to burn. Once we moved to the country he has turned in to the happiest, goofiest, trashiest (long hair) dog. We LOVE it!!

So there we were, Marc had Truman and Dylan had Avery and I didn't care and was fine with both dogs but not a dog lover.

One day I was getting my nails done and my friend Michelle mentioned a person she knew found a boxer on the side of the road and they could not keep it. They called the vets in the area and no one reported a missing dog. They posted it on Facebook and nothing. Marc had talked about the boxers he had previously and how great the breed was so I told him about this dog and asked if we could go see it. It was a girl.
His stipulation was that it can't have long nasty nails, tumors(Boxers are known for them), nasty teeth  or nipples of a mother dog.

We pull up to the house the lady opens the gate and I lost my heart. The very second I saw her I KNEW she was MINE and I was HERS!!!  My Maggie. She was the most beautiful dog I had ever laid eyes on. In reality she was NOT the most beautiful dog. She was white with brown eyes, had tumors, long icky nails, nasty nasty teeth/gums, and she had had puppies.  She was dirty and scrawny and I was in love!!!

That was the moment I got it, I know now why people love dogs.  I could not wait to get my baby home and start giving her the best life ever!  I was so excited to show her to the family.  They were not as enamored by her as I was :-)  In fact one of them asked "does that dog have a glass eye?"
Her breath would make you pass out and her toots could clear a giant living room with 15' ceilings but she was perfect! She had the BEST attitude, unless you were a kitten then she tried to eat you.
I could go on for days about this girl!!! She was my soul mate! Marc is my true love and I have to remind him and Dylan that I do love them more than Maggie, or at least as much :-).

We still have Avery and Truman and have since added Talia to the pack but none of them even come close to making my heart as happy as my beautiful Maggie.  July 26, 2014 will be one year since I said good bye. I think of her daily and cry often but most of the time I smile and laugh remembering how happy she was and how happy she made me. 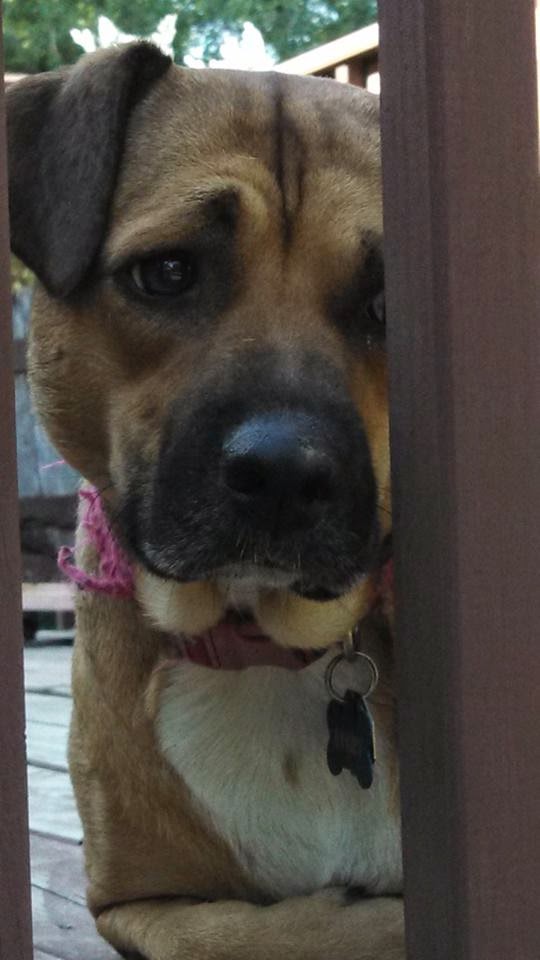 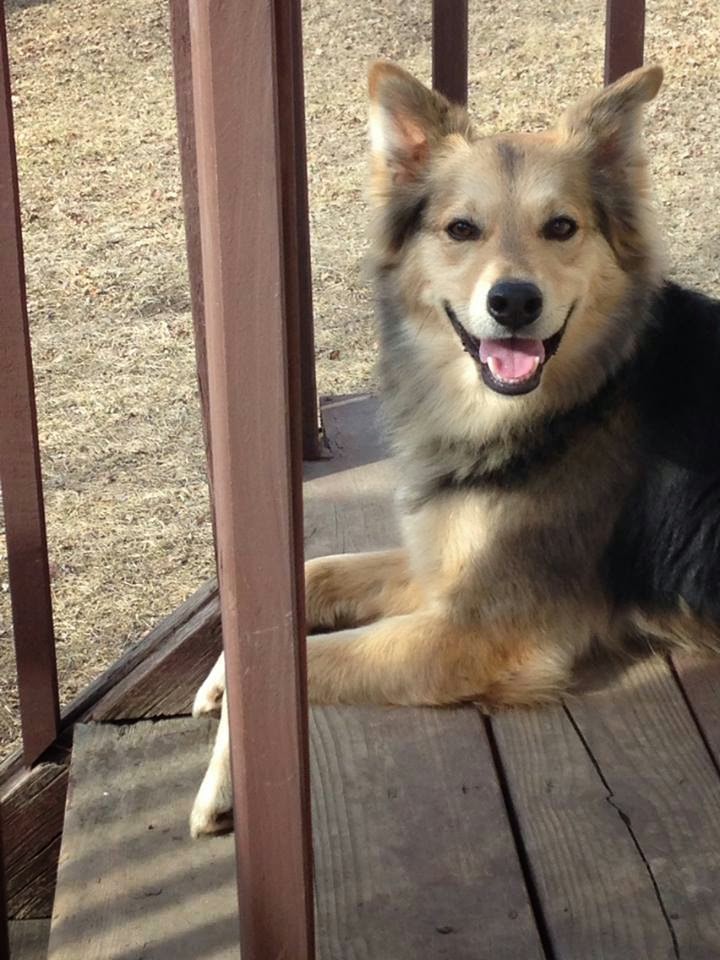 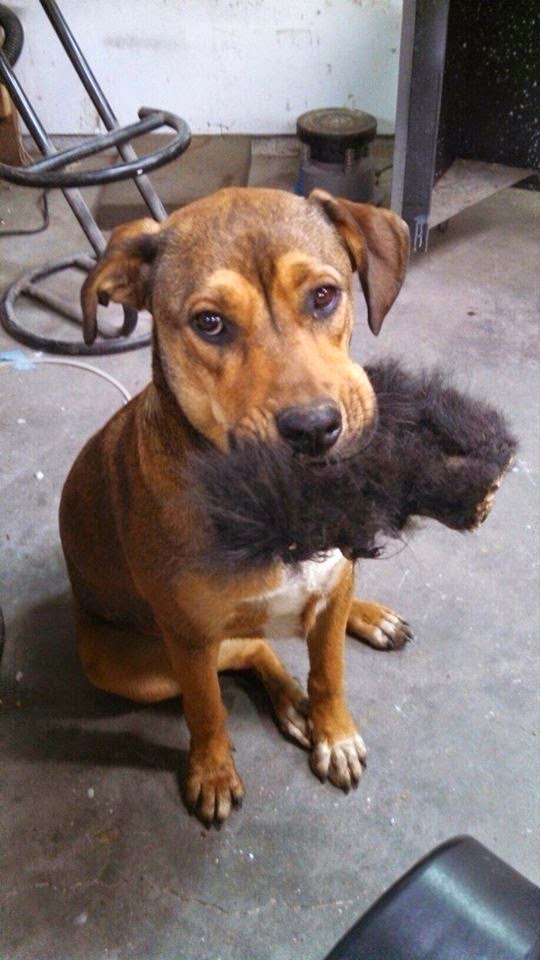 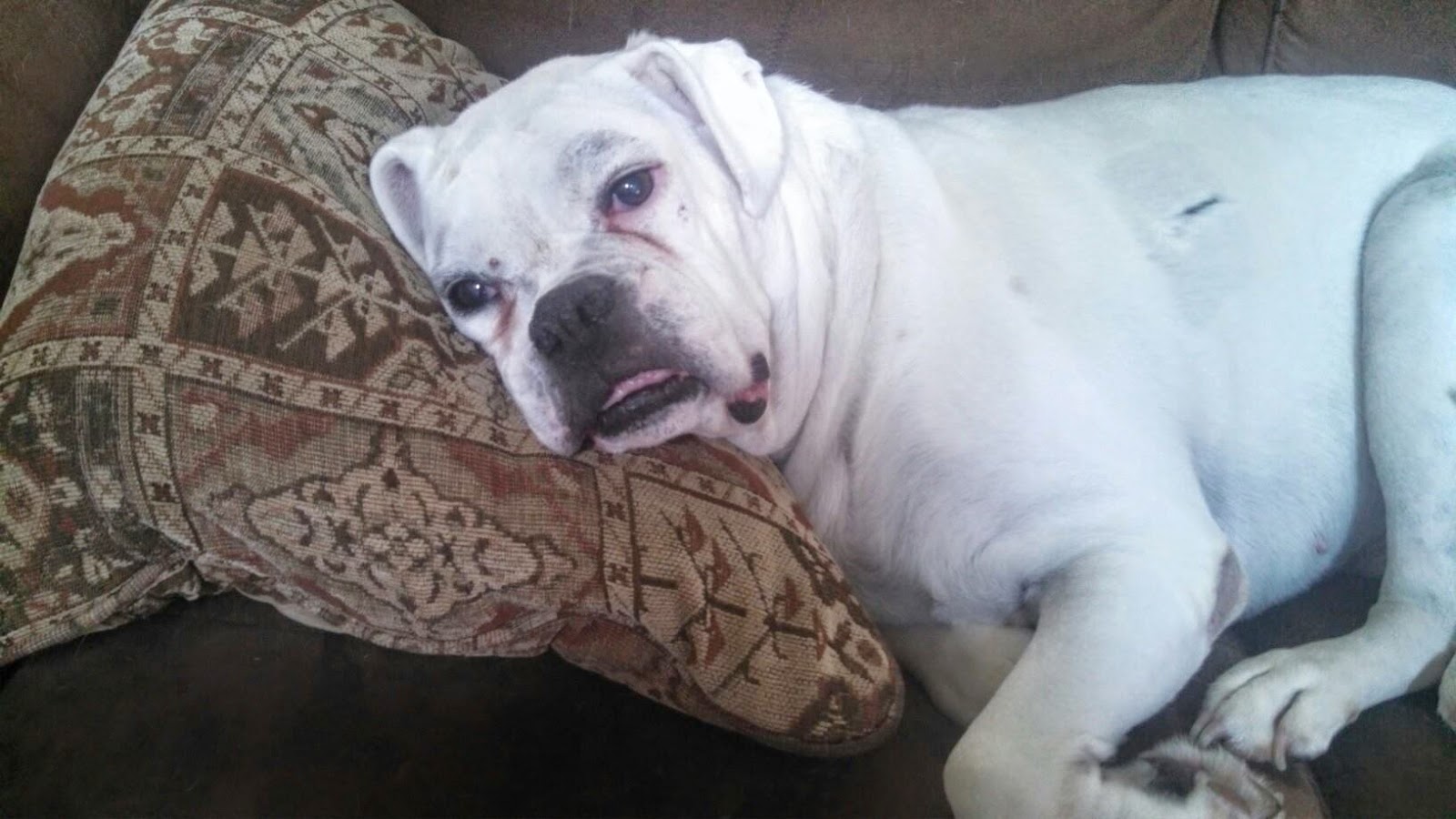